Salvatore J Persico, Jr., loving husband, father, grandfather and beloved brother and friend passed away on Monday, September 16, 2019, at the young age of 76, in Avon, Ohio, surrounded by his loved ones.

Sal was born on November 4, 1942, in Buffalo, N Y, to Salvatore Sr. and Margaret (Cucinotta) Persico. He attended St. Rose of Lima, St. Joseph Collegiate Institute and the University of Buffalo. Sal worked for the State of New York for over 15 years and owned two successful restaurants (Harbor Lights Café and Cliffside Inn), a catering company and when he moved to warmer weather (Orlando, FL) he worked for the Orange County Sheriff’s Office as a 911 operator. He settled in his later years in Avon, Ohio, with his family.

Sal’s life was full of love and anyone that had the pleasure to meet him and know him felt it. Sal was the oldest of three boys and the patriarch of his family His Italian upbringing was evident in all aspects of his life. He honored his traditions and passed that love of tradition on to his children, grandchildren and family friends. In Sal’s world, the door was always open, the pot of sauce was always on and the conversation was always overflowing. Sal’s passion for food, family and life was evident in everything he did. He loved to cook and that love transcended itself into everything around him. The happiness he received and the happiness he gave in creating incredible food to a table of family and friends is what he lived for. He took every opportunity to share that love of cooking with anyone that showed an interest. Through his forever loving wife, sons, daughter, and loving grandchildren, his traditions will live on.

Sal was preceded in death by his father, Salvatore J Persico, Sr, and his mother Margaret (Cucinotta). He is survived by his loving wife Kathryn (aka Kay) his brothers Tony (Jan) and Michael (Linda), his sons Vincent and Carmen (Kelly), his daughter Deborah (Michael) Suhay his grandchildren Nicholas (Ansley), Nathan, Jacob, Avery, Domonic and Olivia and his loving nieces and nephews plus numerous other relatives.

A Memorial Service in celebration of his life will be held on Saturday, November 2, 2019, at Devonshire Meadows Lodge, Shakespeare Lane, Avon, Ohio, at 4:00 p.m.

First, locate the condolence form to the left and below any other condolences. Then you will need to fill out some basic information prior to typing your message. (We will not share your e-mail address with anyone). Once you are finished typing your message, simply click the submit condolence button. It may take up to 24 hours for your message to appear. 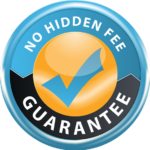 Funeral and Cremation costs can be very confusing. Oftentimes other funeral & cremation providers quote a low price, but they do not give you the complete costs. Integrity and honesty insures a positive.. Continue Reading.

This information site is designed to inform the public about cremation and burial services. Services will be provided by our Ohio licensed Funeral Home and Cremation Service. 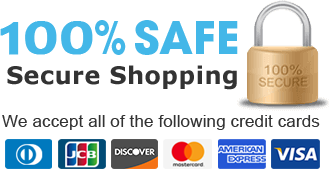 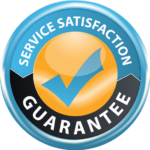 Our staff is courteous and understanding. Our services are handled with dignity and respect. If you are not completely satisfied with any of our services we will reduce or eliminate the charge. We are the only funeral home in the ... Continue Reading.